Turn Off The Moon 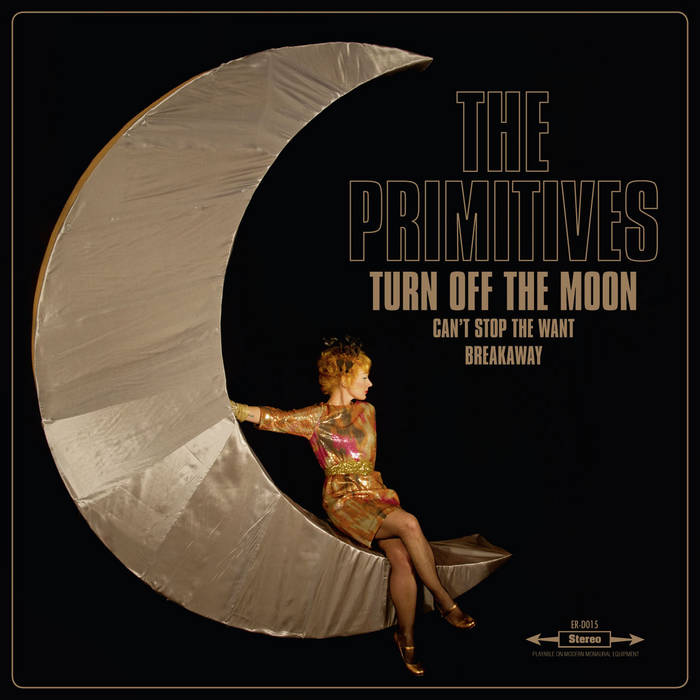 “Turn Off The Moon”, the advance single from THE PRIMITIVES’ new album “Echoes and Rhymes”. It perfectly represents the feeling and the form of a very special album, since it is versions of unknown songs from the sixties and seventies, originally played by obscure groups with female lead vocalists.

To give you a little advance of such a delicious treat we have chosen “Turn Off The Moon”. The song was originally the B-side of the single “Lolita Ya Ya”, from the soundtrack of Stanley Kubrick’s “Lolita”, and was originally sung by Sue Lyon, the movie’s adolescent star. This time around, the song is revisited with distortion, a touch of punk, and Joe Meek-styled sounds. Accompanying it, there are two songs that express the spirit of the album really well but that are not included on the album. “Can’t Stop The Want”, a cover taken from a single that was released in 1967 by Sandy Sarjeant, a dancer with a curious CV: She moved her hips for the television programs “Ready Steady Go” (UK) and “Beat Club” (Germany, the only country that was able to get copies of this release); she married one of the members of SMALL FACES and we saw her shaking a tail of feathers with Drimble Wedge, a devilish singer played by Peter Cook, who stole the spotlight from Dudley Moore in that particular version of Faust that Stanley Donen filmed and titled “Bedazzled” (in Spain, “Al Diablo Con El Diablo”). The cover has a wild Tracy Tracy and the potent guitar of PJ Court, who once again wraps a melodic, clearly sixties-styled song in electricity. Finally, “Breakaway” is a song that Toni Basil recorded 16 years before her hit song “Mickey”, and which inspired the peculiar movie “Breakaway”, directed by Bruce Conner and in which Toni herself dances naked through various states in the U.S. With a marvelous air of soul, THE PRIMITIVES remind us Basil herself would have been a huge star years earlier than she was, if she had been able to get adequate press for such a tremendously addictive song.

This is a huge single that serves as the perfect appetizer for one of the most anticipated albums of the season, and it leaves us even more excited about getting to hear this magnificent idea in its entirety. We are also releasing the video for “Turn Off The Moon”, magisterially directed by Chris Croft. In the video, we can see that we still love to see Tracy Tracy sing, even 20 years after the group’s first steps, surrounded by the band, with sixties motifs, turquoise guitars, and gold paper moons! Delicious!!!